This is an archive of a consumer complaint published against Modlily at DirtyScam.com-

I ordered from Modlily two month back. I ordered for two tops and one swimsuit. The order was placed and the money was deducted from my credit card. I received an email saying that the order was placed. After a week, when I did not get notified about the shipment, I emailed the customer care. And, they replied saying that they could not find any information about the order in their system.I remembered it very well that the transaction happened, and it showed successful at the end of the transaction. And, I did receive a confirmation email. I forwarded that email to the support and they asked me to wait for few days. I waited for three days and then I clicked on the chat box to chat with customer care. I was told that they has trouble finding the details of the order and wanted me to send the back statement referring to the credit card deduction. I did as they asked me to.It took me an extra effort to stop by the bank and request them a signed statement of the transaction made. The bank gave me the details two days later of my request. I submitted the same with the Modlily. The guy on the phone told me that it would be easier for them to process the request now. However, after 15 days of the order, I was still not able to understand what was happening.Later, I received a mail after a week that the order was shipped. There was no apology mentioned for delayed and troublesome experience that I faced with the company. After receiving the order, when I opened the box, I was shocked to see the products. Those were not the items I ordered. Those were some other designs and very bad quality. To this, I contacted the customer care and had to stay on hold for one hour. When someone answered the chat wondow, she told me that the products were the ones I ordered for.She had proofs of the same. Anyway, I asked for a refund and the return policy. She asked me to ship the items back. I could have kept those items, but those were two sizes small too. In no way, I could order a size smaller outfit for myself. So, I shipped back the items. They confirmed the receiving of the products after 15 days.However, I checked the tracking details and it showed that the products were received at their end only after 5 days of shipping. I kept calling and on 15th day, they confirmed that the products were received at their end.Later, it took them 10 days to refund the amount. However, they only refunded 50% of the amount. The other 50% wasnt refunded. I came to know when I checked the same in my account. They never said that they would be refunding only 50% of the amount. They must have communicated the same to me. I spent on the shipping and on the products. And, I got only 50% of the refund.I used the chat window to talk to the customer care again which is hard to connect with. These people told me that they would be checking the details of the refund and asked me to connect after a day. I did that. I do not understand why these guys always try to ignore their customers. They could have provided me the answer the same day. On top of everything, it is not easy to connect with them. They take hours to respond. Sometimes, they put customers on hold and forget about it.The next day when I called them, I had to wait for even more then an hour. When I asked about the issue with the refund, the guy told me that there were stains on the tops and that is the reason why they have refunded only 50% of the amount. This is ridiculous. I have no idea about the stains. I could not wear them at all as they were two sizes small. I never saw any stains which I can remember of. I sent the dresses as they were received. They looked old though. The stuff was also of bad quality. But I did nothing with those items. I was being fair. I spend on the shipping and did everything that they asked for.They are the ones who made everything messy. These are the reasons why they have such cheap prices for the items listed on their website. I am never ever going to order from these guys. These people are monsters. I have spent a lot of energy and time on these guys. I did as they asked for. And, they had the nerve to deduct 50% of the cost I spent on those products that worth nothing.I requested them to refund the entire amount and told them that there was no way it could have happened at my end. They said that they wont be able to help me with that and hung up on me. I have been calling them few times a week and they always do the same to me.I am sure these guys are scammers. They are not at all professionals. There have been so much of trouble since the day I ordered from them. It was exhausting. I am sure they must be scamming other customers as well. I did not check the reviews on other websites. They have great reviews of the products on theirs though. If I had any idea how these people treat their customers and that their products suck, I wouldnt have ordered in the first place. Please do not order from this company. These people are con artist and would take away your money. 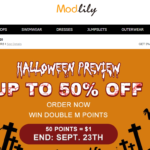