This is an archive of a consumer complaint published against Nationwide Bank at DirtyScam.com-

Nationwide Bank is for an auto loan only. Tried to get a mortgage through them but fortunately I secured a loan through another lender with cheaper closing costs and a lower interest rate.My auto loan was not the greatest process in the world but I like the convenience of having the payment come straight out of my pay.I need the title sent to Florida, its been over 3 months now and still not there.I have called too many times to count. I did see a review that said he experienced poor customer service, Id take that at this point as Im not getting any customer service at all.Surprising and disappointing they are such a poor organization. Hopefully they will be able to get it together sooner than later. 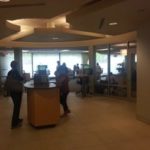