This is an archive of a consumer complaint published against Navy Federal Credit Union at DirtyScam.com-

Navy Federal Credit Union was a great bank when I started going about 9 years ago but this past year Ive had numerous problems with my auto loans and being charged late fees upon late fees that I shouldnt have been charged.I spoke with the manager Brandon (he wouldnt give me his last name) on the phone and he refused to help me in any way because “it wasnt their problem.Ive switched my bank and I plan on refinancing both of my vehicles through them.Ive never been treated so poorly and had I known I would be treated so badly I would never have wasted my time coming here.I will tell everyone I know my experiences here so that they dont waste their time either. 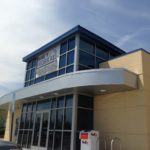