This is an archive of a consumer complaint published against new capital partners at DirtyScam.com-

I checked the google ads before contacting this company, the new capital partners. They had very less reviews, almost null. Although, they claims to be the best among their competitors by providing exceptional monthly growth in the revenue of the companies they partner with. I did have a word with the representative who guided me through the process and the minimal investment required from my end.I suppose that these guys do nothing and make sure that you do not have detailed conversation with the team until you transfer the money to their account. They must be scared that the other person would know how incompetent they are. I was completely blown away by the charts they provided. The growth rate and future prospects seemed too good to be true. I should have listened to my guts. However, I decided to go with the flow.After I deposited the minimal fee, I was ignored like hell. I tried to email them and reach them through phone and other sources. These guys gave me another date every time for a meeting to take the procedure further.The guy who told me that every thing would be easy and quick was no where in the scene. The phone number that he used to call me from, was responded by some other lady who informed me that the guy was on a leave for unsaid period for personal reasons. All these seemed to be happening at once and I am sure this was not a coincidence.I was taken for granted. This company has nerves to lie to its partners. More than you can imagine. Everything the guy said or other people from his team communicated was wrong. When I exclaimed, they tried to frame me for the mistakes. They said that I misinterpreted their claims and assumed things. I tried to verify the mails we shared before sending them the money.I realized that the mail had not much to say. Most of the things the guy told me was on the phone. The mails only said that the conversation we had on the phone has been approved. The simple mails with no concrete information.I was scammed. And, I realized it too late. I backed out of the plan and asked for the termination terms. They are still to share that information too. I have not received any mails from them in last 10 days. I have been calling them to know the way out.These people are scary. They have no reviews on the internet because they take off all the bad reviews and no good reviews are ever posted. That is the reason why these people have such a misleading reputation on the internet. They pay people to take off their reviews or they might have set the reviews to private setting if that is possible at all.Whatever the reason may be, I am sure no one would like them. new capital partners are scammers and nothing else. 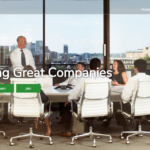