This is an archive of a consumer complaint published against New Penn Financial at DirtyScam.com-

Avoid New Penn Financial. There are plenty of honest mortgage companies out there.Why go with a company employing liars?Our loan officer, Robin Warrens, lied to us on two occasions.The first occasion began when my wife and I asked for our rate to be locked at 3.75%.She responded the next day by saying that our rate was locked as of that day and that we would be receiving a form to sign to that effect.We waited a week before emailing again to inquire about the form as we had not yet received it.She responded that day by saying that our rate was locked but at 3.875%.She wrote in her email to us that she thought that “we had discussed this.Of course, that had not happened.We had no email notification and no phone contact with her.I will apologize and withdraw this complaint if Robin can provide so much as a phone record stating that she spoke with my wife or I during the week since stating that our rate was locked while referencing a document listing 3.75 as our rate.I contacted Robins supervisor to have him correct her behavior. He did. However.No apology was given. And while we requested a new loan officer on account of Robins behavior, our request was not granted.In fact, Robin then called and left a rude and unprofessional phone message.On the second occasion that Robin lied, our realtor was reviewing disclosures a week prior to closing and noticed that some closing costs were being billed to us.Our realtor emailed Robin (while ccing us) to ask for an explanation as the understanding was that no closing costs were to be billed.As I saw no response from Robin to our realtor, we emailed her asking for an answer.Robin emailed back to say that she had already responded to our realtor in stating that they would be removed just prior to closing.This was a lie and our realtor immediately noticed and wrote her back to say that she had received no such response.When I emailed again (while ccing Robins supervisor) Robin responded by rudely stating that it wasnt her responsibility to explain things to our realtor  completely ignoring the fact that she had just lied to our realtor, my wife, and I.Further, it was our understanding that we were to have received a final loan disclosure document 10 days prior to closing.We didnt see the final document until we were at the signing.We had to check whether or not Robin had changed the terms of the loan at the signing.Our experience with Robin Warrens and New Penn was extremely unpleasant.We will make sure that everyone we know and who will listen will know about our experience. 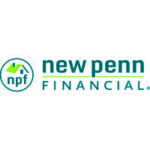