This is an archive of a consumer complaint published against New West Lending Inc at DirtyScam.com-

grade f- from meabsolute worst loan company is New West Lending Inc, I have ever dealt with! i went with this loan company because i was told by the loan agent (wendy whigham) that they would absolutely be able to do my loan.We are self employed & she reassured us numerous times. there was nothing but problems from day 1.She asked for all our items & we gave her everything immediately. trying to communicate with her was difficult. i believe she must work from home or this is a part time gig.Nonetheless, we were reassured everything would be fine. we were told upfront that this would take 30 days.Well on day 30, nothing! still hadnt been uploaded to the processor, nor had an underwriter ever seen our file. day 40, we were in the same spot as day 30.I spoke to mandy regarding this and she stated it is her company, they dont even reply to her!I decided i was going to write the president (bob heidrich), vice president (gail atwood) & underwriter (gary huntoon) of the company not one of them wrote me back to discuss them leaving my file high & dry!However, mandy called me stating they forwarded her my complaint email, which clearly means they got my complaint & did nothing.Basically, my file sat with them for 40 days and then they just dropped it & never processed it.I was never denied, i was highly qualified but yet, the file was complex for them because i am self employed so they decided to just leave it & not contact me after leaving all my eggs in their basket for 40 days!Terrible company & even worse customer service. i will be filing a complaint with all states they work in! they should be held liable for lost money! 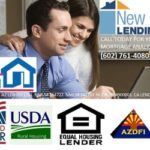