This is an archive of a consumer complaint published against Norris Beggs & Simpson Realtors at DirtyScam.com-

Sean Turley, Senior Vice President at Norris, Beggs and Simpson, was in our building yesterday, soliciting tenants to take a look at what NB&S had to offer.There is a very clear, very large sign stating “No soliciting. Sean and his “brother felt that this did not include the entitled Norris Beggs and off they went.Three tenants in the building complained about this invasion because almost every suite had one person working in each suite and all for various vocations.When a person walks into a suite, they are in the suite. There is no secretary/receptionist to greet them, which is the reason for the sign.One could walk in and see his/her sister visiting a psychiatrist with a subspecialty in neurologist, one could see an uncle filing bankruptcy, or a spouse filing for divorce.When I tracked Sean Turley on the 3rd floor, I gave him my card and asked for his.His response was that he didnt have any, and when I asked the other gentleman, he said he was Seans brother.I wondered why a Senior Vice President who is talking to the tenants of this building, (I assume to have them take a peek at NB&S offices), why he would have no cards.I asked them to return to the previous suite to ask the tenants if they had info, and then he admitted he had a business card.So now I have a Senior Vice President passing by a no soliciting sign and then lie about business cards.He makes the company smell, and the face that hes a Senior Vice President makes me wonder now about the company in general, particularly those who report to him.What are they allowed to do? 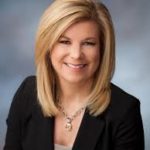