This is an archive of a consumer complaint published against Norwest equity Partners at DirtyScam.com-

Being a new entrepreneur, I had very little knowledge of financing. I was looking for a small fund as most of the investment was made through my saving from all these years. I have a total experience of 9 years working as an SEO expert. This was a new start for me and I knew things will fall in place. At first, I thought that the finances would be covered entirely by my savings. However, that was not the case as it happens in every business. I was prepared for that, but now I regret that I should have been a little bit more cautious in choosing my finance partner. Norwest equity partners was the worst option I took after I started on my own.I have clients that I have known from a long time while working for my companies in the past. But, they were very disappointed after the service got affected because of the problems and delays in the funding. I approached the company 45 days back. They checked everything and showcased a lot of reasons why they were the best in their work. Which now I understand was all lie. These people are not at all professional.I had heard about the firm being a bit traditional, but never thought that it would affect my business so badly. These guys ate my brains out. Every time I tried to make a point, they were never listening. The person I spoke with was also very lame. He had no knowledge of what I was talking about. He had to call his boos for all the clarifications. At first, I thought he was a new recruit. I asked for handling my file to someone else. However, it was the same case with the other guy as well.The company approved my funding and we signed the contract as well. We came to an agreement about the payment terms and other formalities. However, they sent me a file changing few pointers. This was after a week when we signed the first agreement copy. While I was waiting for my copy, the company sent me a notice that the pointers have been changed. The mail said that there wont be measurable changes and I would not be able to notice the same.But, when I read the agreement, I felt that they had changed everything except my name and personal details on it. I felt cheated and talked to the manager. As usual, he said that he would get back to me after talking to his bosses which happened after 15 days. All the while I was trying to reach him, I would receive a message notifying me that he is still trying.After around 15 days, the guy called and told me that they have got few pointers corrected. Trust me, he was lying. He sent me the same copy. When I asked for an explanation, he said that he would be sending the right file. He may have shared the old one. It happened twice and then he shut me out for next 15 days.Finally, he called and told me that the changes wont be entertained. He could have told me that earlier. I approached the other company and things were sorted. However, the delays did make a lot of problems for my business. This company is the worst option. 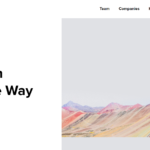