This is an archive of a consumer complaint published against Nusenda Credit Union at DirtyScam.com-

I was swindled by a local furniture business that does a “bait and switch promising financing but slipping customers into “leases with 100% interest and the dispute department at Nusenda Credit Union threw ME under the bus, siding with the thief, even though I did not receive ANY goods or services.They are letting the FURNITURE SUPERSTORE keep the delivery fee for furniture that was not delivered. ($129.00)Not only THAT, but there is no purchase agreement.There is NOTHING is writing because, had I known what their terms would be, I never would have contemplated it.The only “investigation Nusenda conducted was calling the con artist.Their comment to me was that he said it was a legitimate charge, so theyre going to let him keep it.OF COURSE he said it was “legitimate! Hes a CON ARTIST!The people in Nusendas in-house dispute department refused to talk to me.It is their policy that they do not talk to their customers, keeping them at arms length, while getting chummy with the merchants.I have worked in contract law and I know that you cant enforce a contract if it is disputed within the first 24 hours. (In some cases, you have 3 days.)The Nusenda “dispute team is either ignorant of the laws about contracts or they just dont give a crap.When I initially came into the bank to dispute the delivery fee, their employee, Mark, suggested I should change my bank account number.It took forever, as you can imagine and, although I was promised that the merchants whose names I gave him would be paid when their charges hit my bank, NONE OF THEM WERE! Can you imagine? They refused my customary creditors but paid the con artist.The con artist was the ONLY one they paid!When I called the bank another day to check on the status of this matter, another employee got really snotty with me and started arguing in favor of the merchant, even though he was completely ignorant of the circumstances and he was not on the dispute team. (As I mentioned, the dispute department will not talk to their customers!)Anyway, this guy tells me that the dispute department called the merchant, the merchant says it is a legitimate charge, so theyre going to let him keep it!.When I asked to speak to his supervisor, he laughed at me and snorted into the phone. It went from bad to worse.All of this happened in the first two months with this bank.Previous to being bamboozled by the con artist furniture store guy, my dealings with this bank have been similar to wading through concrete.They are glacially slow. NOTHING happens over the weekend, unlike the big national banks.You cant call someone over the weekend if something happens to your debit card.They handle all their debit cards in-house, so you are limited to talking to them during the week, during limited hours.I cant imagine what working people do! Who has time to spend hours on the phone during the shank of the day??Every weekend, their website is down for maintenance.Im going back to the big national bank.DONT OPEN AN ACCOUNT HERE! Run! dont walk.The big national banks have their issues, but Nusenda is FAR WORSE. 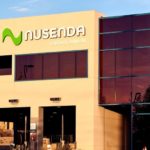