This is an archive of a consumer complaint published against Nutriverse at DirtyScam.com-

I saw their ad in the newspaper and looked into their product details. I was amazed to see what they claimed about their products. So, without a second thought, I ordered three bottles of SNS Agamtatime. They had mentioned nicely about the product and I was excited to check the results.It took them more than a month to deliver the product to my address. I had to call them several times to know the status of the courier. The link that they sent through email for tracking the shipment, never worked. So, it was a pain to call and ask them for same details every time.On top of that, they didnt keep their promise of sending the items on time. Finally, after a month, I received my order. The package was torn and the courier guy left that package with my neighbour without informing me. He did not call prior to coming at my place. When I called the company few days later, they said they delivered the product 5 days back. They were not ready to listen to me and did not have the information about the courier being left at my neighbours place.I checked the schedule of the date they mentioned and found out that I was away for three days from that day. So, I thought of asking people around. Luckily, I found the package.I opened that package and the product was completely different from the one I ordered. They had sent me Primaforce Agmatine. I again had to call them to verify the same. The guy on the phone seemed irritated and did not answer calmly. Instead got furious about me not picking the call. He said that they tried calling my number several times to confirm the substitute for SNS Agmatine.I checked the history and found out that I never got any call. But he was not ready to co-operate. It was really disgusting and I was getting irritated too. Nothing can be worse that spending on something and getting something else.I also told them about the damaged package and one of the bottles seal was broken. However, the guy did not take that into account. He said that is impossible and they could not take any responsibility for the same.So, I was stuck with something I never ordered. I stopped calling and checked the review of the substitute product. It was also well appreciated. So, I gave up and accepted the product. But, I did not find the item worthy of any of those appreciations. The product was damn bad and did not show any result. On the other hand, I started feeling dizzy in the day and stopped taking it completely.Once I stopped, the problem was gone. So, I concluded that the dizziness was because of the product. Now, I have all three unused bottles at my place lying on my table. Nutri verse is a scam and should be banned from cheating on people. 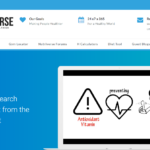