This is an archive of a consumer complaint published against Oak Street Financial at DirtyScam.com-

I was conned out of $2500 by a fake unlicensed contractor to fix my roof.Herbert Flood was the loan officer of Oakstreet Financial who hired the fake and unlicensed contractor Chris Mouchette, of Mouchette LLC with no EIN on sunbiz!I called Mr. Flood when i found out i was Scammed and the contractor couldnt pull a permit because he doesnt have a roof license, he told me its not his problem after he hired the fake contractor and told the title company Bernard and Schemer to cut him the check if my money of $2500.Ive already filed with the Department of Business & Professional Regulation.Now Im filing with the Better Business Bureau and Attorney General!Stay away from OAK STREET FINANCIAL & Herbert Flood and Chris Mouchette!I believe he is getting some of the cut of the work being done illegally! 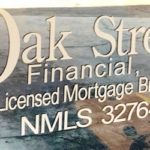