This is an archive of a consumer complaint published against Pacific Bay Financial at DirtyScam.com-

I had a nightmare experience with Pacific Bay Financial. Manny Kagan was highly recommended by a friend so I called him up.He was very friendly and energetic sounding on the phone. He sent me a credit application, which I promptly filled out and faxed back.I called to make sure the fax was received. Later I called asking for an update and Manny said they never received my fax.Then he laughed, maybe it was a nervous laugh, but not the kind of r espouse I expected.Yet I stuck with them and re-sent my info.I got a pretty good rate pending a full application, so I worked on that, which was pages long, copies of tax info, etc.I sent it in the envelope Mannys rep gave me, but once again it got lost and they claimed to have never received it.If the rates hadnt been going up I would have changed brokers.So I pulled the documents together again and de died to drive to his office and hand it to him.I went to the slick office listed on his letterhead, and it was what youd expect, a nice new building, new furniture, etc.There was one guy there, no Manny and I was told he worked at a different office across town.Undaunted I drove to the other office which to my surprise was upstairs in an old run down looking building.I went upstairs and it was like going into the bowels of an office. Piles of papers.One of those piles probably has my lost financial info in it.They were very surprised to see me as I guess all the meetings happen in the shiny new office.I was able to meet my rep. Personally which was nice, but she clearly didnt get many visitors.In the end I did get my mortgage but felt Manny is a quick talking fellow who has a different face than whats underneath.Maybe its like hot dogs. They taste great, but dont ask how theyre made. 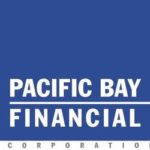