This is an archive of a consumer complaint published against Pacific Northwest Tax Service at DirtyScam.com-

4/12/18 just wasted 45 minutes with G. A. at the Cornell office.After perusing through our tax information, he asks, “How much did H&R Block charge you last year? When I told him $400, he said, “Yeah, well, its going to cost you $800Pacific Northwest Tax Service.Too many forms to fill out at $12 a form. I told him that the return last year didnt have very many forms to fill out.At home now I count a total of three forms (schedule B, schedule D, schedule E).Not even sure if all those would be needed this year! He replied, “Sorry.Maybe you should go back to H&R Block and they can just bring up your information from last year.How dumb does he think I am. I could tell that he just didnt want to take the time to figure out the forms (as he was sighing while he looked through them).In addition, he first asked how much we paid before he pulled that $800 number out of his behind!Im sure the company will respond with a lie about how it was more difficult than that, but it took H&R no more than 30 minutes and for a 90 year old woman on social security.According to professional tax guy, Gary, there were going to be 47 forms to fill out.Maybe he should have given it to another tax preparer before telling us to go back to H&R Block.response to April: I DID review the price schedule. It specifically states $263 for 1040 with Sch B. HE QUOTED ME $800.You cant lie your way out of him giving me an inflated quote.Are you telling me that he was scamming us and letting us know that we were going to have to have 47 forms completed? I never said Gary was rude or mean.I just said that it was obvious he didnt want to do the return.Perhaps someone else should have given us a better quote.He lied about it and you are covering for that.No one said he wasnt a GOOD PERSON. Hello! 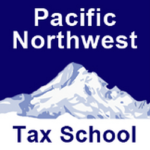