This is an archive of a consumer complaint published against Parker Internal Medicine at DirtyScam.com-

I have/had been a patient of Dr. Parker for approximately 17 years. During that period my husband and I referred several patients to him as we did think he was a caring and professional doctor.My insurance company and I obviously paid a large sum of money to his practice during the years as I used him for my primary care doc as did my spouse.Given the history with Dr. Parker, imagine my surprise when I recently received a letter from his practice effectively “firing me as a patient.I immediately called the office and was told I was sent this letter because I had canceled three appointments in the last 17 years with less than a 24 hour notice.His office manager indicated that I signed a form many years ago that informed me of this policy.There was no call to remind me and put me on notice that if it happened again I would be terminated from his practice.I asked to speak with Dr. Parker and asked the office manager to leave a message for him. Dr. Parker never returned my call.It seems unprofessional that a doctor would discard a relationship of seventeen years with no notice and no return phone call or discussion.I feel he disregarded my medical care. In addition one particular member of his administrative staff has been unprofessional and rude to both my husband and myself on several occasions.We have moved our allegiance to another practice and would not recommend a relationship with Parker Internal Medicine. 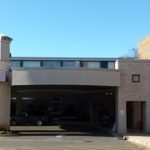