This is an archive of a consumer complaint published against Parkside Lending at DirtyScam.com-

Consumers-run-dont walk-run! This is a servicer and thats it. Expect ZERO customer service.Parkside Lending have NO compulsion to give it as they will inevitably be selling your loan.This is what they didor didnt do: Most people pay their bills using their banks bill pay service.Most banks have an auto fill for a payees address. Most payees put out changes automatically, should there be one to all institutions.Most payees also send a courtesy letter to their “customers (but were not customers to loan servicers, we are borrowers).Not Parkside, they just change the address. So your payment is late . Ok,ok its late on the 2nd technically.But we all know we have until the 16th. Wouldnt have mattered if Id sent it on the 22nd the month before because it never got there.As we all know, bill pay deducts the amount from your account and its really up to you to check and see if the actual check has been cashed (no bank to bank, er, lender, electronic payments for Parkside!).So, they call on the 17th, I check and see that the address I had been sending the payment to has changed.It actually changed months ago but the old address was still accepting payments I guess because this was the first time the check hadnt been deposited on time.Ok, thats the way it goes, right? This way they get to sting their customers who dont catch the trap with a late fee.That probably added up to hundreds of thousands if not millions of extra dollars for them.But no, thats not good enough. They dinged my credit report on the 1st because I insisted on making sure they hadnt actually cashed the payment since they had all the previous payments that went to the same address.They dinged it with a 30 day late, based on the payment being due the 1st.Thats right, they dinged it on the nose of the 30th. Assholes. No, its acredited.These servicers are a dime a dozen these days and they have no intention of being in business for the long run.They will come in, hit the industry hard, make their money and when the shit game they play starts to catch up to them—or if it does—theyll fold up and open up as somebody else and start all over again. 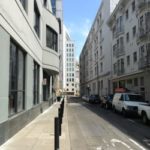