This is an archive of a consumer complaint published against Patelco Credit Union at DirtyScam.com-

Patelco Credit Union has no interest in maintaining their long term, loyal, account holders.Ive been with Patelco Credit Union for nearly ten years, despite living out of state since 2012.I requested a courtesy reversal on a few NSF fees, I was granted two.Their excuse for not reversing the rest was, “we are unable to reverse more than one NSF fee per yeareven though they just reversed two.The matter-of-fact is, they can reverse as many non-sufficient funds fees as they want, they just dont want to.They make millions of dollars every year on people who dont request courtesy reversals, so saying “we cant is just a lie.This isnt me blaming them for my inability to budget properly.I am simply stating that they lie to keep more money in their pocket.When I asked if they could set me up with a LOC to help out with my paycheck-to-paycheck situation, which is always leaving me in the hole with NSF fees, they were unable to do so.Their reasoning was because Ive had too many NSF fees in one year.Thats pretty much them saying, “we like taking your money too much to help you out.My (new) local credit union was able to set me up with a checking account, and they offer 6 courtesy reversals a year, and they reverse all NSF fees if the account is brought back to positive standing in 24 hours or less. Much better customer service.I cant believe I wasted my time with this BS company for nearly a decade.Oh well. One more bad review to add to their list. 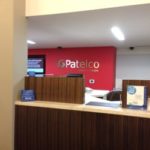