This is an archive of a consumer complaint published against Patricia Mazza Real Estate at DirtyScam.com-

We had an absolutely terrible experience with Pat Mazza when we were apartment hunting in Cambridge.We went to look at a place with her because of all of the positive reviews, and because she seemed to have exclusive listings on several beautiful apartments.Pat was rude, condescending, and unprofessional from the beginning.She seemed upset that we asked her to meet us at the apartment that she was showing us rather than her office, which was half an hour away.However, when she showed us the place we really loved it, and we asked her to ask the landlord if we could paint a color of our choosing before we committed to the deposit.Our interactions with Pat disintegrated horribly from this point.At first she said she would ask the landlord, then when we called back she said she knew he that he would say no so there was no point in asking.When we asked her to please ask anyway just so we would know she said we were being very pushy and making her uncomfortable, and that we obviously didnt trust real estate agents.We tried to convey that we just wanted a straightforward answer from the person we would be renting from before we invested a lot of money.She started yelling at my partner on the phone and when he said she would hang up unless she stopped yelling, she called me back two minutes later and said how unpleasant he was.She called us again within half an hour to say that the answer was absolutely not.Who knows whether she actually asked or whether she just decided the answer was no herself.She clearly just wanted to be rid of us at this point and was surprised when we asked to apply anyway.At this point, she said she was confused about why we still wanted the place and asked me go and think a little bit with my partner about why we wanted to apply.It sounded like she was telling us to go to our rooms and think about what wed done! But the place was just so great we decided to go forward.When I called again half an hour later to confirm with that we would like to apply she said that she had been in contact with the landlord and he had decided not to go forward with the application as we would be too difficult as tenants.Again, who knows whether the landlord decided we would be difficult or she decided.It was a horrible feeling to be banned from applying for an apartment and yelled at and condescended to through the whole process.The worst part was that there was no recourse we could take, as Pat Mazza has no partner and had exclusive rights to show the apartment, and surely the landlord would have thought we were crazy and pushy had we tried to contact him.I was so upset I tried to look into filing a formal complaint, but it seems that she would have had to have been intoxicated or endangering our safety on the job for anything to be donebeing mean and unprofessional isnt enough to merit a formal complaint in MA.I have never experienced anything like this, and it is difficult to say why she took such a vehement dislike to us.Alls well that ends wellwe ended up taking a second look at how low mortgage rates were and buying in Cambridge instead.But I would not wish treatment like this on my worst enemy. There is absolutely no excuse for such a complete lack of professionalism. 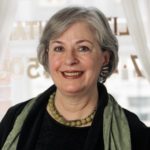