This is an archive of a consumer complaint published against Patriot Finance at DirtyScam.com-

Do not apply with Patriot Finance. Received a pre-approved offer from Patriot Finance.I apply because my score is well above the 700s. I have verifiable income well above 100K.I apply and submit all documents requested. This is where it becomes murky.After submitting my docs, I awaited 72 hours for a response.Then the underwriter Jeff (which isnt the underwriter, hes actually the prejudiced COO Jeff Branton) calls & ask for W2s and my tax return which wasnt a problem.Then he ask for a IRS Form 4506-T form & 3 more months of bank statements to further verify my documents?!? Hmmmreally?!? Six months of bank statements, 3 paystubs of my last pay period, Drivers License, a W2, 2016 Tax Return, & IRS Form 4506-T.Qualifiying for a mortgage would be easier and less invasive than this process.Also, I think their staff & underwriters are extremely prejudiced towards people of color.Dont let the one or two black receptionist in their office fool you.Anywho, after the long drawn out process, I get an offer. Get this.A $15,000 loan with an 39% APR-59% interest for 36 months !!! Really?!? They pulled Transunion and my score was 739.No lates and zero credit usage. All account up to date & paid. DTI Ratio at 17%. And this is the best they give me?!?Dont listen to any of the reviews on Trust Pilot. If you are a minority, go to a credit union or local bank & apply for a loan or credit card.This Alt-Right company has no problems funding predatory sub-prime loans to minorities and offering much better rates to those who are of their liking or ilk.P.S.- That Person Jeff. On top of being the “underwriter, he is the COO of the company.So if he feels like being discriminatory against you, he will.If you feel you have been discriminated against, you should file a complaint with the General Attorney & State of Georgia. His name is Mr. Jeff Branton. 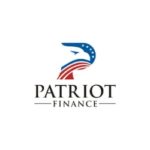