This is an archive of a consumer complaint published against Peak Mortgage at DirtyScam.com-

Peak Mortgage is a joke. We went through the loan process a year and a half ago and we got 2 weeks away from closing, when we were told that our loan couldnt go through because of some issues over looked from the start.We waited a year, decided to give Brian and Peak Mortgage another chance, thinking that since he messed up before that he would be extra careful this time. Nope.We got 7 days from closing when we got the call from Brian.He over looked yet something else and turned out we didnt even qualify for the loan he offered us.We had already packed up our house, had all inspections done, had the appraisal complete and bought new furnishings for the house.We had given notice to our land lord and contacted the utility companies.He said we were not able to get the loan. We instantly switched lenders in an attempt to save our house.The sellers were not willing to wait so they backed out.It took us 3 weeks of negotiating with them to give us another chance, they saw us as to risky.We had to release earnest money to them and agree to close early.We had given Peak Mortgage notice of transfer at the beginning of the month and requested all documents from them.We were 7 days again from finally closing on the house and our lender said that Peak Mortgage still had not sent the appraisal letter and invoice.We had 4 business days left until close at that point.We went to the office, after no luck getting them on the phone, to ask how long it would be.They brushed us off and said they didnt know. They said it could be a week.We told them if we didnt close by the set date, we would lose our earnest money and the house AGAIN because of them.We had to argue with them for 20 mins and some how they magically sent the appraisal letter from a phone and had the invoice that was  in California.. and will be sent in the mail was emailed the next morning.This company had 30 days to get these things to us. They had 30 days.They wanted until the last possible second, and didnt even want to do it then.This is a very very unprofessional business. I would not trust it at all.We gave them 2 chances and They blew it both times.We depended on them a 3rd and they almost made us lose the house.Its been a nightmare working with them.Im not the type of person that ever writes negative reviews.. but if this saves anyone, then it was worth it.Dont trust them. They lie. They dont know what theyre doing. 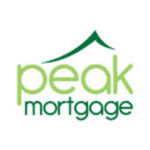