This is an archive of a consumer complaint published against Perl Mortgage at DirtyScam.com-

I cannot speak for entire Perl Mortgage but I can speak to my lender, Daniel Chookaszian, who might fall under one of the worst people I have ever done business with.In my opinion, Dan was probably good at his job at some point or he wouldnt have been able to build a team around him, but hes clearly been in the game for way too long and has gotten lazy.He lives off of referrals and really doesnt care about who he represents anymore once they sign the dotted line. Its pretty pathetic.I should have known to not to go with him when he was over 30 minutes late to our first and second meeting.He had several excuses each time which I let go because I am also in sales and understand things come up. He was SUPER salesy!He talked and talked about how “I want to be your lender “What lender sits with you for an hour one on one (really 1/2 hour because he was late both times) Then asks over and over “Im not salesy am i? “I want to give you that personal experience.He seems very in-genuine from the start but I really didnt have a choice because Id already found a place and needed to move forward, this is my only regret through this process.After we decided my dad was going to be on the loan, Dan called me up to tell me that my dad has a lot of money.It was SO weird and tacky and quite frankly, its not my business what my dad makes.Is this what Dan does all day instead of work? Look at everyones income? It was so awkward and made me feel incredibly uncomfortable, as well as my dad, when I shared that with him.Not only did Dan fall off the face of the earth after we signed our loan documents, he consistently over promised and under delivered with deadlines.He would say hed have something done, not get it done, then fall off the face of the earth, get it to us several days later and act like a hero for doing it, like we should be proud. He told us he has a 4 hour time response window for emails.Our emails went sometimes up to a week being ignored, even with 4-5 follow up emails.Him and his team asked us for things two days before the CLC was due. (which we extended 3 times because they couldnt get it together on time) Why couldnt they have asked us a month and a half ago when they knew we needed them?Dan and his team didnt make just little mistakes, they were large and could have cost us the entire deal.Dan has the tendency to blame every single person around him but himself.He went out of the country the day our CLC letter was due and told no one besides my realtor because he asked.Thank god my realtor was so great or this would have never closed.They told us we could write a cashiers check or wire money.They said wiring money is easier but we can do both (I have proof because Dan continues to deny the truth).When we decided to go with cashiers checks, we emailed Dan and his team letting them know, there was about 8 people on the email and we received no response.The next day at 9pm (the night before closing at 9:00 am the next morning) my lawyer calls me in a panic saying why would the lender let you do that?! You cant do cashiers check for over 50k. Once again, Dan and his team blew it.When I called Dan he said it “is no big deal and people make exceptions all the time and hell get back to me.I had to pester him several times to even get a response to which he later says “this will be a problem with you, we advised you to wire This made me so upset.They told us we could do both, then we emailed them two days prior letting them know we have cashiers checks in hand and they said nothing!Once again, he is blaming others and the others are now the clients! Dan has no idea how to just admit he was at fault.When I told him hes insulting me, he replied “my team made a mistake blaming his TEAM not him and still not apologizing!I honestly could go on and on and on about everything he did wrong or didnt do at all.Happy to provide documents to his boss, as Im sure once he reads this he will blame others and deny it but I saved every single piece of communication because I am not a liar.In my opinion, I think Dan didnt like us because we made him work and asked tough questions that most people dont, which hes not used to doing, and that he tried to sabotage the entire thing.Dan was well aware that we were closing at 9am friday and needed the docs to the condo management by 2p friday so I could move in (with the movers already scheduled) Saturday.Yet, he didnt care. He delayed our closing so much that the Title Company gave us the docs without the money wire because he felt so bad for us!Dan managed to turn something that should be fun and joyful to one of the worst experiences in my entire life.He caused me so much lost sleep and anxiety. I will be contacting his boss.Heres my advice: STAY AWAY! Oh and they sold my loan before i even got to closing ha 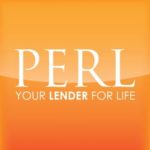