This is an archive of a consumer complaint published against Pesta & Pesta at DirtyScam.com-

I was referred to this CPA by an acquaintance, but it turned out to be my worst tax experience ever. This happened several years ago.We met I believe sometime mid March that year. I dont know which of the two Pestas did my taxes, but whoever it was, showed up late and reeking of alcohol at our first meeting.This should have been a warning right there, but I decided to continue anyway, (no) thanks to the referral.So we go through all the details and we decide hed finish the return and send it me when its ready, before April 15th of course.As 4/15 got closer and didnt receive anything from him I called a few times and got assurances that everything was on track.Well, come 4/15 and no news. This was turning into a nightmare, as I didnt know what was going on with my return and I didnt have any of my tax documents (he had all of them) so I can handle this myself.I quickly estimated my taxes using turbo-tax and filed for an extension myself, hoping I wasnt going to have to pay any penalties. I was angry as hell.The next day I went by their office to express my dissatisfaction and get my paperwork back so I can have my return done by another, more competent CPA.This time he was all sweet and friendly, and gives me explanations and excuses, and asks me to give him another chance.For some reason I decided to continue with him (the fact that he had all my documents and my personal info had something to do with it).When the return was finally done, I went there to pick it up. I was shocked when he told me that he was annoyed that I didnt pay more in charitable donations.This comment was made not in his capacity as a CPA, trying to optimize my return, but it was purely personal.To this day, I dont know exactly why he acted so unprofessionally. Maybe its his habitual style, or maybe something about my return upset him (and the comment he made at the end could be an argument in favor of the latter).My conclustion  Pesta and Pesta were unreliable, unethical and unprofessional, and I wouldnt recommend them to anybody. 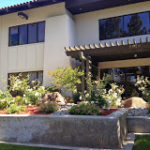