This is an archive of a consumer complaint published against Philadelphia Federal Credit Union at DirtyScam.com-

Ive been a member at Philadelphia Federal Credit Union for about 5 years, and never really had a complaint.Theyve made a few mistakes, and their customer service is relatively poor, but Im not picky.However, I just had a horrendous experience that compelled me to comment, and will probably result in closing my accounts with Philadelphia Federal Credit Union.I recently made a large check deposit into my checking account.As usual, theres a 3-day hold on check deposits, and so the money should have been put into my account a few days later.I wrote my landlord a check for the rent. Six days later, I get a call from my landlord informing me that he couldnt cash the check due to insufficient funds.Now I know that PFCUs servers have been down for a few days (I havent been able to check my accounts online), so I chock it up to some internal error on the part of the credit union.I apologize profusely and immediately call Philadelphia Federal Credit Union, expecting that it shouldnt be a problem to clear up the confusion.After speaking with three different people who are increasingly rude, they tell me that theyre holding my money and refusing to give it to me.They keep grilling me: “What was the check for? “Do you know the person who wrote it? “Can you have her call us? “Can you prove that she has the money in her account?Now, NONE of this is relevant to the issue at hand: that PFCU is holding that money and refusing to release it to my account (even though my “balance registers the full amount as being in my account).So, not that I should have to, but I explain: Its for work, I am a contractor and the check is for labor on a current project.Yes, I know the person who wrote it (theyre my employer), and no, Im not going to ask her to contact you to prove that she has the money shes written the check for.Thats embarrassing and ridiculous, I shouldnt have to do that.Now, theyve made it clear to me, at this point, that the money is available and “probably has cleared, but that they (PFCU) have put a 10-day hold on that money.After much hassle, I finally get them to release $1000 of that money to my account, so that I can at least pay my rent.I make sure to tell them that I have been a solid, mostly more-than-happy member for 5 years, but this experience — particularly the way theyve been talking to me — is encouraging me to question if I should continue banking with PFCU, the woman doesnt acknowledge my statements at all. “Have a nice day. Click.Im sorry, but I expect more. I expect better service from an institution thats supposed to be community-oriented.Essentially, I learned that my own bank was refusing to give out my own money when I needed it, which is probably the single scariest situation I can imagine when dealing with your bank.If I cant access the money Ive deposited into my own accounts, then whats the point of having a bank at all?I could chock all this up to weird bureaucratic policies, but that doesnt excuse the manner in which I was treated.The woman I was speaking to was terse, rude, and condescending.I hated the way I was being questioned as if I was a criminal — as if the hold was intended for my own good to tease out illegal behavior.By the end of the call, I felt ashamed, belittled, frustrated, and sad.Until this experience, I would generally have encouraged others to join PFCU.However, in good conscience, I feel as if I have to now warn people of their insane policies and disrespectful approach.My story may be a fluke, but its not one Id encourage others to risk. 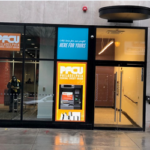