This is an archive of a consumer complaint published against Phillippe Kaufmann and Roberto Ceco at DirtyScam.com-

Statement From Shadrich WissehI need help or direction to get refund, please I and my business needs your help.I always order computers and devices on Alibaba.com, I wanted to order refurbished Laptops, I saw refurbished Laptops advertised by VVV Import Export Gmbh or Phillippe woodhouse on Alibaba.coI send an inquiry and Phillipe response with details of the brands in stock and a whatsapp contact number, the first order I was placing was Hp elite book 840g2 10 pieces, there was delay on my side to pay for the order, so he told me the laptops were taken by another client.Hhe told me to pay for the order to his partner in Spain, ROBERTO CECO, he had similar brands I want to order from he Phillippe in Germany, Hp spectre X360 13″, 14″ and 15.6″.He provided a contact number to me to contact. I contacted Roberto Ceco, he said yes he was told by Phillippe from Germany, the parcel was ready to be shipped to me upon payment, I have made the payment of $2,540.00 USD on 25th, October, 2019.After payment was received, send a tracking number (EUEXP074183608507742WAY) and tracking site (https://euexpressway.com), he also text me shipping agency number for following up (+34604224643) after that he blocked me.After a day I when I tracked the parcel, its said it was at Madrid at the airport “on hold for Package Insurance coverage  I have tried to contact the shipper, Mr. ROBERTO CECO, he could not response to meI called the shipping agency number he gives me, I was told to pay the 4,500 euro for package Insurance coverage, I called to Phillipe in German, he told me to be patient he was going to call his partner, later Phillipe asked me to pay 2000 euro that he has generated 2500 euro to facilitate the required insurance.I told him I could not afford to pay such an amount, and I requested for refunds if shipment is not possible. Another guy from the US LOS ANGELES and CALIFORNIA, also been asking me to pay for the insurance coverage in Spain.He said he is working for shipping agency (Eu expressway) headquarters in California, USA, he asked me also to pay 1000 euro to him so he can help to send the package. He has a Google Voice Number in California. His contact #: +12132903791.On Thursday October 8, 2019 I got blocked by Phillipe woodhouse or Phillippe Kaufmann, since then I been switching numbers in order to contact them and the keep blocking me.Phillippe Kaufmann or Phillippe woodhouse company names. 1. VVV Import Export Gmbh Stendaler Str. 8 39517 Tangerhütte On Alibaba.com also2. Prince Import-export UG HAFTUNGSBESCHRÄNKT)- KIRCHENSTRASSE 41, 67069 LUDWIGSHAFEN, GERMANORADDRESS 2. haftungsbeschränkt) Kirchenstr. 41 67069 LudwigshafenPayment made in Spain To: MR. ROBERTO CECO Carrer de manso 12, barcelona Spain CELL# : 0034632518674 Whatapps: +34632518674SHIPPING AGENCY AGENTS:1. HEADQUARTERS IN LOS ANGELES, CALIFORNIA Whatapps: +12132903791 Google voice number2. Sub office IN SPAIN Whatapps: +34604224643I kindly need help from this organization to get my refunds, I have a small business , and my business is not strong in losing such funds.Attached are evident of the transaction. 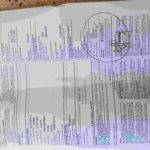