This is an archive of a consumer complaint published against Polar Pediatrics at DirtyScam.com-

My daughter went Polar Pediatrics in March of 2016 for an earache. The lady put a little peroxide in her ear and then used tweezers to pull out some earwax. I paid my copay and was on my way.I assumed shed bill my insurance -which she stated she did accept  and Id be responsible for what was left.She called a couple times and stated on my voice-mail that I only owed her $100. I got a call yesterday from a collection agency saying I owed Polar Pediatrics over a Grand.I was shocked, like what do I owe a grand for? I was told $100 and all we had was a little earwax cleaned out- Did that cost $1200 to do? Plus, I have insurance  good insurance at that.Come to find out, Polar Pediatrics is not In Network after all.Apparently, me asking if she accepted United Healthcare didnt prompt her to notify me she was Out of Network.I called her yesterday to work something out, pay the $100 or whatever, and move on.I guess now since I didnt respond to her 2 or 3 calls last yr, she will no longer “cut us a deal and we are expected to pay this full balance.She was exceptionally rude and condescending to me and continued to state I shouldve answered her call last August.I never once received a bill, never a notice that I was being sent to collections.I asked her about this on our call regarding the charges and she so rudely advised me she only does business over the phone.As a business professional myself, I am adamant about a “paper trail. What kind of business doesnt send a bill?I promise and cannot state enough, shes a quack and I highly advise not using her as your pediatrician. 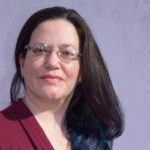