This is an archive of a consumer complaint published against Police and Fire Federal Credit Union at DirtyScam.com-

Do not use this credit union for anything. They have no account security whatsoever.They allowed an unauthorized overseas charge on my account.I am use to my main credit union who wont even allow airline tickets to be charged let alone a charge from overseas unless I call them to authorize it.When I called PPFcu to ask why, the representative had to first put me on hold to get the reason from somewhere and then proceeded to tell me some bullcrap that they use some type of computer algorithms to judge whether or not a company seems to be legitimate.The company that made the erroneous charge was supposed to be giving me a refund and they had no idea how it turned into a charge.I gave PPFcu the stated proof from them saying as much.After PPFcu did their “thorough investigation they concluded that it was a legitimate charge.How can it be legitimate when the company that made the charge is telling you it was a mistake?!The company did its own investigation and found that their bank made an error when batching their transactions. But still PPFcu says it was legitimate.And during this investigation I had to keep calling back to find out what was going on because no one would call me.Maybe all banks and credit unions are like this except the one that I have had for 30 years and I have just been spoiled.I have never had any issues with customer service or the investigations into fraud charges when dealing with my main credit union.These people are a bunch of idiots! 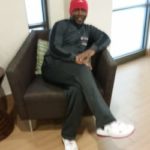