This is an archive of a consumer complaint published against Premier Members Credit Union at DirtyScam.com-

Ive been a member of Premier Members Credit Union (formerly IBM) Credit union for just short of 40 yearsopening my account in 1977.Ive always thought highly of them, and have had great service until the recent merger with Boulder Valley.Their move from the Premier to the Boulder Valley I.T. systems has been a colossal mess, at least for former Premier members.For example, all transactions from the legacy Premier system were lostthey were not migrated to the new system.So, for example, on August 3rd if you wanted to look at transactions that were four days old (let alone a month or a year old), they did not exist.This is working as designedthe credit union made no attempt to migrate data from the old system.Another example: I have both a normal checking account and a Health Savings Account with Premier.For more than two years Ive been able to move funds between these accounts online; much more convenient than having to go to a branch.With the move to Boulder Valleys system, I am no longer able to do so.When I called Premier to ask about this, the online banking support person claimed this wasnt possible.I told her I had done so dozens of times with the prior system.She then transferred me to another person whose voicemail said she was out of the office until July 28th. (Today is August 8th).With any other bank, the original support person would have stayed on the line to ensure the call was transferred to a live person.Not at PremierI left a Voicemail message and have not heard back.Since the merger, it has been my experience that face-to-face transactions are less than satisfactorythere is much confusion about handling legacy Premier accounts, and the people Ive dealt with have often been rude.Netting it outafter 39 years of being a member, Im going to start looking at another credit union or bank. 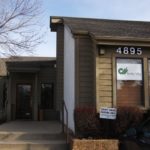