This is an archive of a consumer complaint published against Primary Care Associates at DirtyScam.com-

I have been going to primary care associates facility for several years because of the location and the walk-in policy.I will not go to this business anymore for a whole lot of reasons. They are not concerned about your health and well-being at all.Their only goal is to take as much or you money as possible. For example, this last visit to the clinic was horrible  as usual.I sat in their waiting room for over an hour, and then waited in their exam room for nearly an hour as I repeated my symptoms to three people trying to get relief.Ultimately, a practitioner diagnosed me with a sinus infection, upper respiratory infection, an ear infection, and a bacterial infection in my throat caused by post-nasal drip.I unfortunately have a life-long history of ear infections, several of which have been diagnosed and treated through this clinic.When I was told what she was prescribing me, I asked her for something stronger because Ive learned from numerous previous experiences that it wouldnt be enough.She stated she wanted me to try the “baby antibiotics and call in if it didnt clear up and shed call in something stronger unfortunately something that has happened before.Guess what, I took the antibiotics as prescribed and the infections are back with a vengeance. ***surprise!***I called the clinic today at 1pm and sat on hold for a half hour before a receptionist finally answered.She stated she would call in the prescription.I went to the pharmacy when I got off work at 3pm and they didnt have record of the script being called in.I called the clinic back and they had no idea what I was talking about. So again, I explained the situation to her and she said shed call it in.A 6pm that they still hadnt called in the script so I called the clinic back and they finally told me that I had to come in again and spend another $200 just to get a script for an illness.I previously paid them $200 for  and of course, pay for another prescription.Its clinics like this that have made health insurance and healthcare so expensive.Theyre crooks, their inconsiderate, they dont care about you or your time, and they make promises they never intend to keep so long as it keeps you coming back to line their pockets.Go somewhere  anywhere else but here! You will regret it! 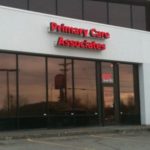