This is an archive of a consumer complaint published against Princess Abigail C Bacani at DirtyScam.com-

First, I want to just say that I have never written a review before. However, I was so bothered by the way I was treated by Ms. Bacani, I feel it is only necessary to warn others by providing an accurate review.My experience with Abigail is VERY similar to that of Rob D, the suspiciously only non-five star review provided.Based on the similar tone of the other reviews, as well as my experience with Abigail, I am highly suspicious that they were written either by Abigail herself, or one of her flunkies (to be discussed later below).I first found Abigail through Craigs list. It was mid-August and I was looking for a studio with an October 1 move-in date.I am hesitant to find brokers off of CL, knowing many to be fraudulent, but her listing directed me to her website, and I was intrigued.She is with a company I had previously heard of (Bond) and claimed to have “hundreds of listings, within my price range.Her website was very professional (much moreso than other brokers), and noted her vast experience in the field.I contacted Abigail and let her know what I was looking for. She immediately replied, stating that it was still too early to search for October 1, but suggested that we set up a date to search in early September.While slightly rebuffed by the fact she said it was too early (after all, I found my last October 1 apartment in mid-August) I was impressed with her prompt response, knowing many brokers to be flakes, and so I agreed.We arranged to spend all day Saturday in early September viewing apartments.I was concerned that I had an engagement that evening, and would have to cut our day short at 4 PM  she told me not to worry, offered to meet me at 10 am, and said that we only would need a couple of hours.Later that day, Abigail sent me an extremely long, highly specific questionnaire detailing what I was looking for, location, price range, etc.I thought great  here is a broker that actually will cut out all the B.S. and get right down to business  it was very impressive and made me think that I was in the right hands. I spent over an hour answering the questionnaire, being as specific as possible.One week before our appointment, Abigail texted to confirm that we were still set to view apartments.I confirmed. The day before our appointment, I texted her to confirm location and start time. She confirmed  10 AM.Fast forward to Saturday at 10AM. I arrive at her office a few minutes early.When the receptionist tells me she is not in yet, I thought it was odd, but figure it is early Saturday morning and she had already done all of the research since I filled out that questionnaire, so no rush.But when she did not answer a call from the receptionist, I became concerned.Around 10:30 I decided to text Abigail myself, asking if everything was OK and if she was still coming. No response. At 10:45 I texted again, still no response.At this point I did a quick search (I should have done this beforehand) and came across the aforementioned Rob D. review and thought great, I have been had, too.At 11:00 AM, one of her flackys comes to greet me. Now, I am hesitant to bash him, as he actually seemed to feel bad and did an admirable job covering for her  it is not his fault that by then I was fuming.Anyway, he asks if I am here to meet Abigail and says that she told him the appointment was for 10:30. First off, it was for 10, as confirmed TWICE.Second, even if it was for 10:30, he came to me at 11  I sat in the Bond lobby and was ignored for an hour. And finally  my appointment was with Abigail  not this guy.He explained to me how he was new  started in March/April  and he basically works for her.It dawned on me that this is what she does  she promotes herself, sets up the appointments and then  without telling the prospective client  hands them off to someone else, lacking her “ten plus years of experience.At 11:19 AM, Abigail finally texts to apoligize and say she got stuck in a supers office. IM SURE.She was stuck there for an hour an twenty minutes and could not answer texts or give a heads up? No access to phone? Those supers sure do run a tight ship.Anyway, I went out with the guy because I was there and needed a place.Obviously, it was awful (no experience)  he showed me only awful places, repeatedly took me to locations I said were off-limits, and in many cases did not even have the keys to the unit.At one point Abigail calls him and asks to speak to me  she asks me to explain price range, what I want, etc  you know, only the information I provided to her weeks earlier!Obviously, I found nothing with him (and even if I had, would no way have given her the commission).Once I got home, all of a sudden Abigail starts emailing me listings which she thought would be perfect for me. Unreal.Luckily, I have found that I am happy with, but not w/out that awful experience. 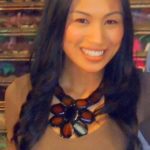