This is an archive of a consumer complaint published against Princeton Capital at DirtyScam.com-

Never again. We used Princeton Capital because our agent at Coldwell Banker shared the same office space and said that using Princeton would allow us to present an aggressive 21-day close (since its all in-house). Wrong.While all of the people are nice, the quality of work was WAY below average.Emails were incoherent and required phone calls to clarify.We would receive urgent requests for documents that we had already supplied multiple times.Yes, we were asked to provide the same documents multiple times  so frustrating.The paperwork we received to sign was full of typos  my name was spelled wrong, my marital status was wrong, my employers name/address were wrong  when I raised the issue with Princeton I was told to sign it that it could be corrected later.When I raised the quality/issues with my agent, she became defensive (lost all respect for her at this point, I thought she was on my side — nope).She said that they had an hourly employee type it up (“and you know how hourly employees are).Well, our main contact at Princeton sent us emails that looked like they were written by a third grader . so, I dont think it was the hourly employees fault, but thanks for trying to throw an imaginary person under the bus.We had to change our close date a few times because Princeton wasnt able to get the job done with their lender (we were told the lender stopped responding to them).What? When our 21-day close came and went without closing (and we were becoming irate), we were told that it was our fault.Because we chose a 7/1 ARM we could not expect a 21-day close.WTF? No one ever mentioned this and everyone knew we were working toward a 21-day close.I lost it at this point, and we threatened to walk away from the deal.The manager of the Princeton office had to intervene. He then called me with daily updates.We ended up closing 30+ days, had to use a last-minute local credit union at a higher rate that we had been promised originally. Never again.In the end, they credited us some money because of all of the issues we experienced.I was told they would provide me a letter explaining the situation (for my records), both my agent and Princeton promised this  and after asking for it several times, it never showed up. 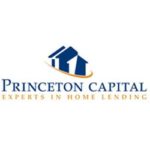