This is an archive of a consumer complaint published against Princeton Jermaine Wilson at DirtyScam.com-

Princeton Jermaine WilsonTattoos on neck, arms, drives foreign cars, and smokes New port cigarettes.Wilsons a cunning scam artist who took me for the financial ride of a lifetime.I was approached by Wilson regarding business investments and boy is he a smooth talker!I gave him my possessions, life savings, car and deed titles.Wilson knew he was scamming me from before he scammed me, way before he even met me.I could tell he had been up to this for many many years.I knew I was being taken financially but he always had a response, story and a way of scamming me with every interaction.I finally sought shelter from the never ending lies in a boyfriend I had recently reconnected with on Facebook and was lucky enough to escape Wilsons clutches.I have since taken to the internet to try and warn other people.Wilson is sly, I think some would call it pimp mouth times 100.Watch out for him.I recommend to not interact with him, not even a hello. 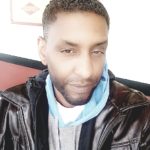