This is an archive of a consumer complaint published against Prosperity Bank  Heights at DirtyScam.com-

This coming from a guy whos been jerked around by several banks, thinking that nobody could possibly be worse than Wells FargoDo not use Prosperity Bank  Heights. I wanted a local bank with whom I could build a few businesses and possibly re-finance my mortgage.After moving close to 7 figures through the bank to build 2 new businesses, I began to get daily overdraft fees for temporarily falling below $3k in my accountan obviously egregious offense, even though I wasnt alerted until after the fact and until charges had begun to accumulate.When I asked if I could immediately replenish $3k and have the charges waived, I was told no and that they would continue to charge me $3 per day until I paid them.Seeing as I work 8-5, and their doors open promptly at 9:01 and lock at 4:59 on the dot (they define the term “bankers hours), it took a little time before I could take time off of work to atone for my sins.In the end they calculated that I owed $143 for my crimea small amount of money in the overall scheme of things, but a big indication of how I would be treated had I stayed with them.I have 3 issues with the way this was handled:1) “Gotcha! Clearly Prosperity would rather charge you anything they can than build a long lasting relationship, to the point they will charge $3/day on top of late fees and penalties.If you choose to bank with them, watch out as theyre looking to take their pound of flesh any way they can.Im glad I learned this early on in my experience with ProsperityI cant imagine all of the hidden fees and other “gotcha‘s that would have occurred had I actually re-fid my mortgage with them.2) Lack of business acumen. If youre a bank and have a business account with large sums of money going through it, are you really so narrow minded that youd rather collect $143 in late fees and daily charges than to continue to do business with someone who wishes to use your institution exclusively to build businesses?That seems like a bad business modeland indicates that one is not a good business partner going forward.3) Personal service. At some point, you would think that someone would say “lets work together on this and figure out a solution rather than smile and let a large account simply close and walk out of the door.But hey, they wanted that $143, and it was clearly more important than maintaining a business relationship.If this is how their business accounts are handled, I cant imagine how youd be treated as a personal account. I wouldnt suggest finding out. 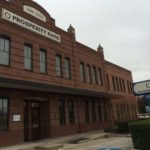