This is an archive of a consumer complaint published against R G Castillo Tax & Bookkeeping at DirtyScam.com-

Unfortunately, my experience with Raul has not been positive like the other reviewers.I had been using Raul for tax services for quite some time and I thought he did a great job until my husband and I were audited by the IRS.I thought Raul would assist us in resolving the audit however, Raul provided minimal help and we had to pay approximately $6,000 back to the IRS.This was really upsetting especially since I dont have a spare 6K laying around.I had a lot of questions about why we were audited for such a high amount of money because I did not try to “fudge any numbers on my tax forms in order to get a bigger return or claim extra dependents or anything like that.Raul stopped responding to our questions and eventually became unavailable despite my request to set up a meeting.I felt like something wasnt quite right and decided to get a second opinion and have a CPA review our taxes.The CPA explained that there were several mistakes on our tax forms and the mistakes were so terrible that he was surprised the IRS didnt fine us an additional 20% in negligence penalties.As a result, we had to pay extra money to have the CPA redo and correct 3 years worth of taxes and after the corrections were made it was found that we owed another $12,000 to the IRS.Ultimately, I do not recommend Raul as a tax preparer. Although he seems to be a nice person and he charges less than most tax preparers, he does not file his tax forms accurately/ honestly and this mistake has created a HUGE financial setback for my husband and I.Do yourself a favor and pay a little more money to have a reputable tax preparer or CPA file your taxes.In the long run you might be saving yourself (and your bank account) from the headache of an audit. 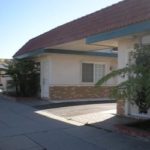