This is an archive of a consumer complaint published against Radiantly Slim at DirtyScam.com-

I was just going through the website and then thought of buying their product. However, after entering my details, I cancelled the order. As I checked the reviews and I did not like what was written on the other websites. Apart from the Radiantly Slims website. Later, I checked my message the next morning which said that my credit card was charged for $90.I called them and I came to know that the money was deducted for paying Radiantly Slim. I called their customer care and asked to cancel the order and refund the money as I had never ordered anything from their website. However, they said that I applied for the monthly subscription which I know I never did.They said that the product was already ordered and they would only be able to refund $60 as the charges for shipping isnt returned. They asked me to send back the courier after I receive it at my cost. Moreover, they said that they wont be returning my entire money.This is ridiculous. I have ordered so many times and have provided my credit card details to so many vendors online, however, this has never happened before. Once, I ordered a customized product from a website and cancelled it later. Not only they refunded my money, but shipped my product as it was already customized as per my request.When dealing with such companies, you never know when these scammers try to take away that trust from you. When I called the customer support, I was put on hold for very long. Later, I was disconnected. They never returned any calls.I asked for the address to ship the courier back and they took three days to answer to that question. So, I couriered it back. I got my $60 after 15 days. In between that time, I was regularly calling these guys so that they do that fast.Later, the next month, the money was again deducted from my credit card. When I enquired, they told me that the charges were for Radiant Slim. I was so frustrated to know that these guys have again done the same thing. When I called the support, I had to deal with so many disconnections. When they finally answered my call, they said that I never cancelled the subscription that I opted the last month and this time their system sent me the package like before.This was getting so much worse. I asked them to refund my money or I would take them to the court. To this, they said the same thing. They told me that I will have to return the courier, and they would deduct the shipping charges. I had never opened the package the next time and did not know what was inside it. However, I had paid the last time and they wanted me to pay this time too.I called my credit card company to dispute the charges this time. I thought that they would be refunding my money in that case. However, I was told the same thing. These guys did not agree for a full payment. I visited their website and checked for any subscription that I had made the last month.To my surprise, there was not even an account on my name. I never ordered from them the last time and never created an account. I did enter my address and other details. However, the account was never created. At least, I could not find any.I called the customer service and asked to cancel the subscription from their end. They said that it would be done. I returned the courier again this time and they refunded the remaining amount deducting the shipping charges.They again took 10 days to refund the amount. I called them thrice to confirm if there was any subscription on my name. They confirmed that there was not any. Everything was fine for three months after that.The fourth month, I again got a message from my credit card company about the charges paid to Radiantly Slim. I called them and these guys are so rude. They wont accept it as their fault. I had to go through everything again. In short, I paid, $30 plus the courier charges thrice.After this time, I had to hotlist my credit card. I had to apply for another one. These things really disturbed me. I had gone through so much that I wanted these troubles to stop forever. One thing I have learned from my experience is that this company is a scam. They are running fraud. Their product is worthless. I have seen so many reviews that tell the true story. There is no way one can reply on these guys words.I called them so many times for the wrong orders. I even checked for any account on my name. I tried to cancel the subscription by calling them. I did all that they asked for. However, they have no empathy to help me through it.Knowing this is how their company works and cheats customers, no one would ever like to order from them even if these guys sell the best products. I do not know why these guys are left to operate. They should be behind bars. The company is fraud and the biggest scam I have ever experienced.Because of these e-commerce websites, customers are losing their trust on online shopping. I would really think thrice before putting my credit card details online from now on. Radiantly Slim is blood sucker. Please do not order from this company. They would put you on subscription without your knowledge. 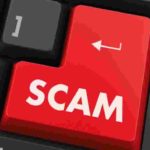