This is an archive of a consumer complaint published against Real Estate Concierge by Megazee at DirtyScam.com-

Jocelyne F WOW! Wish we had gotten the same amazing representation as you promise through your website.What we got instead was an unrealistically high assessment of the property to get the listing; followed by a series of price reductions; followed by buyers offering two to three HUNDRED thousands less on the property; followed by several buyers never following through and three falling out of escrow due to not qualifying (hows that for due diligence on your part); followed by the buyer from hell, which you also represented, and kept representing all the way through the Breach of Contract and the rest of the nightmare. Amazing!Lets see:1) Incorrect valuation of the property;2) series of price reductions;3) series of non-qualified buyers;4) three deals falling out of escrow;5) representing both seller and buyer in a nightmarish negotiation that ended in a Cancellation and buyer refusing to take his money out of escrow. All wrapped up with lack of communication, hysterical e-mails and a final letter that essentially says (in legalese) : Screw you, Im done. AMAZING!! 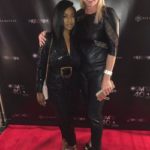