This is an archive of a consumer complaint published against Realty of Southern Nevada at DirtyScam.com-

Several weeks ago we found a home for rent managed by Realty of Southern Nevada.The name of the person we were working with was Manny Ocampo.Manny Ocampo ran our credit and called soon after to praise us both on how good our credit scores were and that everything looked excellent.He even said that we were the exact type of tenants his client was looking for.A day or so went by and we heard nothing from Manny. He wouldnt return any calls.We finally spoke to his admin and she said our rental history was still pending.While shes saying this, I heard Manny in the background telling her to say this.Manny then called a little later to say that we were not chosen.He was extremely rude and when I asked about our application fee, he laughed and said youre not getting it back and hung up the phone.We called again the next day and again Manny proceeded to berate me on the phone.He was also very proud to tell me that he was very high with the Realty Board and that they would do nothing to him if we were to report him.Because LV is a small town, we were lucky to speak to the people he rented to and discovered that Manny had taken cash from them under the table for this property.Neither the people he rented to nor probably even the owner new that we had a qualified application in first.I would highly advise against working with Realty of Southern Nevada especially if youre a woman.Not only will their owner Manny Ocampo lie and take your money, he is also very disrespectful toward women.He even behaved this way to the women on his own staff. 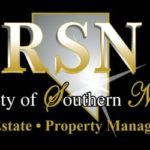