This is an archive of a consumer complaint published against Red Rock Realty Group at DirtyScam.com-

Red Rock Realty Group of company doesnt deserve even 1 star. I applied for an apartment & 3 weeks later I finally got an answer after calling & leaving messages constantly.I was told I was approved for the apartment & would receive a call the next day with the specifications of my move-in date and so forth.I told the lady I was waiting to see if the apartment I was getting had a washer and dryer hookup as the apartment complex only had like 7 apartments that had the hookups (I was told that by the leasing agent).The lady said, “okay, Ill leave a sticky note for someone to call the first thing.1 week went by & I finally reached someone & was told my application was declined.They refused to tell me why, I was placed on hold & no one ever picked up & still after calling 2 days straight, I have yet to have anyone pick up.They are a joke. This has put me in a major bind.I had done told my other apartment complex that I was moving.Thanks Red rock realty for your lies.This company is incompetent & needs major training on how to run a business & honesty. 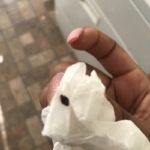