This is an archive of a consumer complaint published against Red Rocks Credit Union at DirtyScam.com-

I had an auto payment due in June. Prior to Red Rocks Credit Union, I had no overdue payments and paid nearly double my payment each month.When I logged into the payment system in June to pay, I was told the system was no longer active and to sign up for a new system.I registered, but the system took TWO weeks to process my approval. During this time, an account specialist had been trying to reach me.However, the bank had been using contact information which I had already told them was incorrect TWICE. Once in person, and once over the phone.When I finally received online payment access I made a payment the following Monday I was able to. At this point the bill had become overdue.Upon hearing a couple days later from my previous contact address that the bank was trying to reach me, I immediately called and tried to settle the matter.They said it was too late to resolve the missed payment without reporting it to the credit agencies.This is a nightmare for me as I am attempting to close on my first home in a week.This credit hit may ruin my chances. I explained this and begged with the account specialist to make a one-time (my first) exception, but was told there was nothing to be done.I even offered to pay off the entirety of the loan ON THE SPOT.As a previous loyal customer and with plans to keep my future loans at Red Rocks, this has been a nightmare.This ridgid process of a two week turnaround time to switch THEIR payment systems, plus trying to collect the bill at a number I TOLD THEM was incorrect leaves me with this review and looking for a different institution in the future.This is unfortunate as I love the rates and the employees have always been professional and kind, even the collection agent I dealt with. 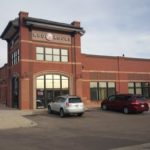