This is an archive of a consumer complaint published against Redfin- San Francisco at DirtyScam.com-

While I have to give credit to Redfin- San Francisco for trying to “disrupt the Real Estate market, they try to do so by disrupting the sellers margin, only to improve Redfins overall numbers.This is a great tool for a buyer, because according to every other Real Estate agent my wife and I spoke to, Redfin agents dont know how to negotiate.And it was evident when we had our consultation by the agent who stopped by our house.It really doesnt matter if I mention his name or not because the structure is all the same for every agent.We were contacted by a representative of Redfin who got us in touch with an agent pretty fast.A few emails had been exchanged with myself and the agent with some preliminary questions about our house and our educated guesses on value.We came to a pretty reasonable expectation for what our house was valued, up until her arrived and basically went through every possible reason to devalue our house.It dawned upon me, that since his motivations arent commission based, but rather time, he wanted to position our house as low as possible in an effort to get a quick sale.Beyond this though, the agent was from Marin County and has had no experience selling in the Peninsula, let alone South SF.Our house is within walking distance (2 blocks) from the BART station, which he wasnt even aware of, despite the huge structure in clear view of our house.He also contradicted himself multiple times throughout our discussion about value and price/ square foot, which I called him out on.NET-NET they sent out someone to evaluate our house who had no idea about our market and was only comparing it to what Im guessing the market hes used to in Marin County.When I mentioned earlier that they do not know how to negotiate, Ive heard from multiple traditional Real Estate agents that when theyve gone in as a buyer for a Redfin house, they basically bulldozed them into making fixes costing in the $50K+ area.As a seller, that is not who you want working for you.As a buyer youre in luck if you want to buy a Redfin house, because apparently youll get it for what you want.The Redfin agent who came to our house even said that people might “underbid for our house.Not to mention he had no idea about the increase in property value trends over the past 4-5 years in the Bay Area, and just cited a standard increase. 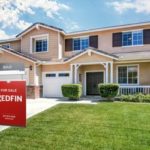