This is an archive of a consumer complaint published against Remax at DirtyScam.com-

I have a property that I bought for investment purpose. It is in Vegas and I appointed Remax Central to take care of the property regarding the tenants as well as tax related paper work. I appointed them in 2011 and they worked for me till 2013.I have never dealt with someone like themselves. They made me bite my nails while waiting for their reply. I was paying them on time and all I wanted was a prompt reply. They never used to reply until it was 48-72 hours late. They were so busy that they never replied to the phone in one go. I had to make various attempts to reach them. They followed instructions badly.Many time, I got call from tradesmen about the delayed invoices. I had to follow up with them to get their invoices mailed. They did not even know about writing a professional email. Their emails were full of mistakes and were rude.Instead of all these problems, I was paying them their expensive monthly fee on time. They made me pay for the silliest bills and made sure that they ask every bit of money that they invest on the house. I am not saying that they were wrong about asking money for renovations and repairs. But they made it sound cheap and the way they asked for pennies, made me realize that they are not doing business but selling fishes.The water was beyond my head when I discovered that they were withholding the non-resident taxes. They did not even notify me for the same. I had filed the exemption paperwork 3 years prior. If I would not have discovered it myself, they were never going to intimate me about it any sooner.After I started questioning, it took me more than 3 weeks to get an answer from them. Within these 3 weeks, I kept mailing them. That must have created the pressure. Later, I had to follow up with the IRS and Revenue Canada for 6 months to get the issue resolved.If I would not have followed up promptly, I must have been occupied with serious charges and troubles. It was the proactive attitude that saved me from a lot of problems that could have occurred.Finally, I got rid of them. While handling the responsibility to the new property manager, they tried to lie to my tenant about the security deposit. They said that they had already forwarded the amount to the new property manager, when they hadnt. To get the money out of their pocket, we had to make hundreds of calls.Ultimately, we were able to get that out of these con artists. Remax is a hub for scams and because of them the property owners lose their credibility in the market. If you have an account with them, make sure you confront them and ask for all the details of transactions till date. 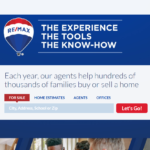