This is an archive of a consumer complaint published against Richard D Leipzig, CPA at DirtyScam.com-

I was a client for six years. I thought Rick was looking out for me. Hed done both my Npersonal and business taxes and had given me advice that I thought was sound.And then came the divorce. Rick did my soon-to-be-ex-wifes taxes, even though things were pretty contentious and a lot of what was contentious had to do with finances.It didnt really occur to me that it would have been appropriate for him to have bowed out of doing my taxes too because I assumed he would be fair and impartial.Silly me. When he finished my return, my lawyer advised me to hire a different CPA to review the taxes as he prepared them for me.The new CPA found out that Rick had done a couple of sneaky things, like attributing 100% of the losses from my business to her and letting her claim all the tax benefits for the mortgage payments on the house.Bottom line, she got an $18,000 present. When I asked Rick about this, he said that he was instructed by her lawyer to screw me over.And heres the really special part: He sent me a bill for providing me his “services. Nice. 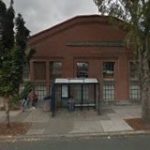