This is an archive of a consumer complaint published against Richard F. Luker CPA at DirtyScam.com-

This guy is an arrogant *%#*, elitist! He thinks his time is more important than yours, and that he is doing you a favor @ $250.00/hr.His receptionist schedules an appointment for Saturday, when I called him, to extend a professional courtesy to reschedule, he told me that he doesnt do Saturday appointments, and that he wouldnt have been there to see me anyway!Then claims that he didnt have my number, which was given at the time of scheduling the appointment.Then, we reschedule for late the next week, and he cancels on me at the last minute! Very unprofessional 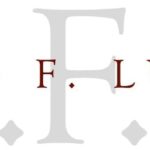