This is an archive of a consumer complaint published against Rightsize Funding at DirtyScam.com-

Ive been financing my car with Rightsize Funding thank the lord im almost but if you can avoid financing with them, run!In the beginning I used to pay my car note online but then they “changed their online website and didnt allow any online payments.Now, since they made it an inconvenience to pay the bill youd think they would be a little more considerate but nope.The only way to pay your bill is in person , over the phone or 7/11.If you pay at the business you cant pay cash or card can only pay by check or money order.If you pay over the phone, they charge you $20, and if you pay at a 7/11 there is a small fee.Youd think that because they still havent fixed their website to allow people to pay online there wouldnt be a charge to pay over the phone but I guess thats asking for too much.In addition, there used to be a a 10 day grace period before you were charged a late fee but now if youre a couple days late you get a $15 and even if youre one day late you get harassed by email and phone.Its annoying because a lot of people work full time and cant drive all the way to the office to pay and who wants to pay an extra fee to pay over the phone.Overall, very happy im almost done paying my car off and wont have to deal with this company anymore. 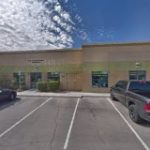