This is an archive of a consumer complaint published against Rivera Mortgage at DirtyScam.com-

I reached out to Rivera Mortgage called Steve Sanchez online when I was looking for houses to buy, and he recommended me to Anthony Rivera.Anthony was very helpful in the beginning and helped me get my credit up in around 2 months in order for me to be able to qualify for an FHA loan.Unfortunately at the time I didnt know the difference between a direct lender or a Broker lender.My actual real state agent (someone else other than Steve) had mentioned a few red flags about Anthony during the process.I wanted to believe him and give him the benefit of the doubt since he has helped me so much up until that time.When Anthony submitted my loan to one of the lenders nationwide, it took over a week for an underwriter to review it.I was running out of time due to having already asked the sellers to extend my closing day for 10 more days.When the underwriter reviewed my case they didnt want to approve for some reason (I consulted another lender company they could not understand why they didnt want to approve, even Anthony got surprised by the news).He then asked this underwriter to escalate the case to a sr Manager, and that would take about 48h.If the Sr Manager approved I would still have to go through a second underwriter, so as I was running out of time I decided to use a different lender.I emailed anthony that I would give 24h for the Sr Manager to reply back with an answer otherwise I would need him to release my FHA loan number to start the process with a new lender.I was polite and I thanked him for all of his help. Once the 24h was due I called, messaged and emailed him without any return.He completely igonored my calls ( I am assuming he still wanted to wait the 48h so he wouldnt lose the deal).That is when I started learning about his shady, selfish nature of thinking of himself only.I sent a second attempt request email asking for him to release my FHA loan number and he replied back that he had done it already and that it would take around 48 h.I learned that when you release that number it should happen right away, it doesnt take up to 48h.On monday my new lender confirmed that the FHA number had not been released and I had to threat Anthony to release it or I would escalate it to HUD (the department of homes and urban of denver).He didnt return my email or my calls so my lender contacted HUD, they then transferred my FHA loan number on their end.I was so stressful and the biggest headache ever. Unfortunately I did not have a good experience. 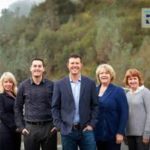