This is an archive of a consumer complaint published against Riverchase Kia at DirtyScam.com-

This is my experience and I will NEVER buy anything from RIVERCHASE KIA or a KIA in general again. Be aware of false advertising and lack of leadership.update:NO RESPONSE NOR CONTACT OR CALLS BACK FROM EMAILS OR MESSAGES. SEEMS RIVERCHASE KIA IS NOT INTERESTED.SO NEITHER AM I ON ANYTHING RIVERCHASE KIA. BEWARE OF THIS CAR DEALERSHIP ALSO JUST PAID THE $554.00 DUE 2/28January 29Please beware of these tactics and this company.Today, I received a late notice of payment on a 2016 Kia Soul that I purchased for my daughter in March 2016.This is infuriating since I have contacted Riverchase Kia several times since I purchased a new 2019 Kia Soul in December 2018 with the agreement from RIVERCHASE Kia.The sales rep- and the sales mgr- that the last payment would be taken care of if I traded in the leased 2016 in early—before the February turn- in date.You see I received several mailers and emails asking me to come in early and with all the benefits of and NO PENALTIES of turning the car in one month early.I visited the dealership about the ADVERTISING MAILERS.We agreed to bring the car in for appraisal. ( in all fairness, I told them of a fender bender needing repair on the front which the online KIA appraisal online had calculated as $350.00)All this being said, I was told by the RIVERCHASE KIA sales and THE sales MGR, the damage and the last payment would be included in new lease if I traded early and bought another KIA instead of —waiting one month, making the next payment, and paying the $350 for damage.I have the PAPERWORK emails and recorded phone calls to prove those discussions.After paying $2500 down and buying another Kia in December from RIVERCHASE KIA.I get a statement from corporate KIA Motors stating I owe not only for the $350 damage to old one but the $199 payment RIVERCHASE KIA was to pay for trading early.I contacted both sales rep and sales mgr repeatedly about this and their “mishandling of this transaction. Ive gotten no response and NO resolution.Corporate KIa says its the dealership i have to address. I have repeatedly. No response. No response. No response.I will pay the damage owed to Corporate KIa. Obviously I will pay the payment to keep this from hurting my credit. I had no reason to trade early.I could have waited a month and turned it in, paid the damage fee, and gotten something else —-a whole lot better.I was MISLEAD by advertising , sales management and sales at RIVERCHASE KIA. 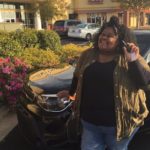