This is an archive of a consumer complaint published against Rob Pavley  Kal Financial at DirtyScam.com-

Double talking, dirty dealing guy, who will cheat you in every way. The worst experience we have ever had with a mortgage broker.He waited until the 12th hour to produce closing disclosures for the express purpose of extorting more funds to pay to him and American Financial Network.He calls and sends texts late at night. Hides until your forced into his highly unethical terms for the loan including raising the interest rate on a locked rate without notice or consent, prior to the scheduled close date it was to be valid through, and then claiming he did send emails about it , a total lie as is everything that comes out of this deceptive manipulator.When asked to produce the so called  numerous emails he allegedly sent, he never does. They dont exist.He explains nothing, is not knowledgeable about the loan process, does not produce required documents until The last possible minute and then declared nothing can be changed without a huge financial hit to the borrower in addition to the huge hit he and his unskilled, ineffective, highly unorganized co workers have already imposed.Unskilled, uneducated, no morals, that is him. We could not concur more with the other borrower who said the very same thing.He is the lowest of the low, unethical, unprofessional , dishonest unskilled, talentless con artist.They DO NOT shop the loans as they claim. All ho through American Financial Network, also sleezey.High closing costs and the worst lab terms is who they are.We were with an entirely different company until our mortgage broker Terry Garfink, notified us after we were in contract that she had quit and was now with Kalfinancial.Her conduct was exactly like his. Once we were trapped, which she orchestrated, they go into their game of extortion for their gain.They intentionally caused as much stress as they could and intentionally withheld documents and communication in order to achieve their end.Go anywhere else. They are all hired and recruited because the share a total lack of scruples.Go anywhere else. The only true reviews of this absolute creep, who we could not get rid of fast enough, are the one we wrote and the one written by the woman who described him as we do.We regret ever having anything to do with him or Terry Garfink and have reported them both to the Department of Real Estate. 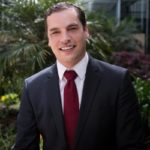