This is an archive of a consumer complaint published against Robert Lee & Associates LLP at DirtyScam.com-

My parents had been going to Robert Lee & Associates LLP for years but I stopped when I was 25. He made a material error on my state return, thousands of dollars.I didnt catch it until a year had passed and I had to pay over $2k in back taxes, interest, and penalties.At the time, I worked for a Big Four firm so I called and asked how this could have happened.He said he didnt look at the “kids returns as they arent included in the fee. That means he signs returns without looking at their accuracy.Sure Im not paying the bill, but he also signed a contract saying he would prepare my returns and did not make good on that.Also, I was levels below him at the time but I even knew that signing something without looking at it was against the professional ethics of being a CPA.He was not apologetic, only made excuses as to why the mistake was made.Due diligence and accountability are the foundations of being a CPA, its accounting 101.Huge red flag for me. 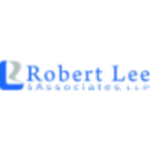