This is an archive of a consumer complaint published against Rock Ridge Family Medicine at DirtyScam.com-

Ive tried several times to work with Rock Ridge Family Medicine. I really wanted it to work because it was a small office and I thought they would treat me like a small office would.The first time I was seen there was an astronomical copayment that would later be refunded to me after it was sent to insurance (they wouldnt take a normal copay, it was around $200).I later tried to make an appointment for my husband who suffers from asthma, because he was a new patient they wouldnt see him for a week (office policy), he couldnt breathe!Then this morning I tried to have allergy medicine refilled, which they originally prescribed but it was too long since I had been seen, another office policy.I Suffered a miscarriage last week and for financial and emotional reasons I just needed nasal spray and eye drops not another trip to the Dr. and an copay but there was no budging they are worse than the big offices! 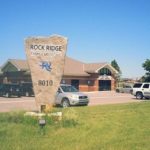