This is an archive of a consumer complaint published against Rockland Trust at DirtyScam.com-

I bank with Rockland Trust  and my branch is great  but I recently stopped at this branch in Quincy to deposit my fiances check in my account.Ive done this FOREVER! The rep (I didnt catch her name, but she was the only Asian woman working that afternoon) immediately starting giving me shit about depositing his check.He signed it over to me as usual, and I wasnt trying to cash it  merely deposit it again.There should be NO problem!We even have a letter on file about him depositing funds in my account and understanding this means the bank is not liable if I run off with his money or something ridiculous like that.Anyway, she asks me if I have his license on me. No, I didnt.Why would I carry someone elses license on me? What gets me is she could care less if I brought him physically in with me  she would have accepted me showing up with his ID myself.How is that a security measure? She was clearly just out to bust my balls at this point.Unfortunately he was at work at the time so I couldnt go get him or grab his license.Then she said she couldnt deposit the check because she needed to compare his signature with an image of his license that should be on file.Then she changed her mind and said she needed to compare his signature on the deposit with his signature on file.I had to basically urge her to merely look back at our prior deposits so she could see copies of his signatures on the checks.She found them and admitted they matched. But then she complained because some of the deposits were made through ATMs instead of through a teller.So what?Theres a signed letter on file, a history of deposits, and photos of his signature on file.What is the problem? So I said forget it. Ill go back to the branch where I do my banking and deposit it there.Guess what this absolute bitch did? She flagged my account  almost causing it to bounce because the bank refused to process the check.I had to fax over a copy of my fiances license to resolve the issue.Note that *I* provided the license  he didnt have to physically go into a branch with me to prove who he was and that he was complicit with depositing his funds into my account.Again, this is hardly a real security measure by any means. This is arbitrary b.s. at best!Anyway, I faxed a picture of his license then they released the funds.Then I asked if everything was OK going forward. No.The back office wont allow us to deposit his checks into my account anymore even if he comes in with me! What the ever-loving fuck?So I do a little research but failed to find anything that states that a person cannot sign a check over to another person and allow them to deposit it into their account.Again, weve been doing this for quite sometime without issue until that woman at the Quincy branch got a hair across her ass and decided to cause trouble for literally no reason.Even my son used to automatically deposit his payroll checks into my account  again, no issue until now.So I called customer service but even they couldnt provide a good reason as to why they were arbitrarily changing their policy  basically all they said was they want him to open his own account.Too bad RT has REFUSED to allow him to open an account because of his credit!This is one of the reasons why hes had to deposit his funds into my account to begin with.And he doesnt want me to add him to my account either.He makes the money, I handle the finances. Its not that hard a concept to grasp.So I decided to open an account elsewhere. I already called other banks to ask about their policy and they dont have an issue with allowing me to deposit checks that he signs over to me.So long Rockland Trust! Hope defending the hair across this ladys ass was worth losing a long time customer.As soon as the last check out there clears, Im closing this account. 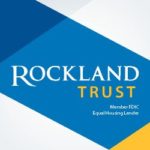