This is an archive of a consumer complaint published against RoseWe at DirtyScam.com-

Sometimes I feel that the Internet just demands too much knowledge for using it correctly. And that we dont have enough laws in the world for digital security. All the frauds that are happening in online shopping are a curse to the Internet. This internet should have been limited. Limited for the people offering services. Not for the people consuming those services.What I am trying to mean is, this generalization of internet has made even small vendors, shop owners have their own fashion clothing website on which they allow options of shopping online. But the problem with them is that they dont know that the consumers of their website have Amazon level expectations from them! And why not?  Even they take money, just like what Amazon or any other giant e-commerce website does! So why shouldnt we have such expectations from them? After all, we expect few things from these companies.We want them to deliver us the same product that we have selected and that they deliver it on the same day and time that we have opted delivery on. Its simple! But the real difference between them and Amazon type e-commerce giant is that, they are companies who were completely physically selling their products until now. Whereas Amazon and other such giant e-commerce are only into online shopping. They are fully dedicated to offer their customers thousand per cent of satisfaction level. Whereas with small shop owners or vendors who have turned themselves into online e-commerce websites, such is not the case.Anyways. I have always shopped from giant e-commerce websites such as Amazon and so for a change, I thought of trying out something different. But as you can guess, it was good at all. It was usual cloth shopping. Just something that I could wear to my office. So, I decided to experiment and came across this website called RoseWe: Women Fashion Clothing.The name looked quite awkward to me, but then a friend of mine had recommended it to me. So I thought it was trustworthy. First of all, as soon as you go on their website, you get to see a big black window in front of you that says that you have won 500 points and that to redeem those points, all you needed to do is to subscribe. Now, 500 points look like too much yeah? But not really! This is just a trap to make you forget the real thing that what you need to shop is, money and not points. And these points just amount very less if you wanted to buy something from the same website. So dont fall for the trap.Secondly, every time you see a discount offer on this website on a specific brand. Please try to go and check it out. When I ordered a specific brands product, the name of which I do not want to reveal, I thought I had got it for some $50 less compared to the original. When I went to the brands original website, it was available at the same price that RoseWe was offering it to me at. After this, I wrote an email to RoseWe to enquire about the same.After two weeks of waiting, I received an email that told me to explain in detail what had happened to me! I tried to explain to them in the best of the language that I knew, with the receipt that they had given to me and ask them, how was it that they were claiming it $50 less when the product was actually available for a lesser price?Meanwhile I tried to get in touch with the company that manufactured the product originally. Getting in touch with that company made me go nuts. I found out the RoseWe were not even a dealer of that brand. And that the brand who originally manufactured this product had never dealt with any brand named RoseWe.Meanwhile, the customer care executive got of RoseWe, got back to me on email saying that my complaint had been verified and that they would get back to me with the compensation that they were offering me in a few days. This is when I lost my patience and decided to call them. But, they do not offer that support at all. There is no way to reach them over the phone.The customer care executive through chat support told me that he would have to ask his manager about this. This made me think that if a company sold a specific product that was manufactured by a specific brand, the customer care executive of that company should know about whether the product was original or not! Later, the guy apologized for the mistake.He said it was the mistake of the graphics and that some other texts and logos had been uploaded instead of some other and thats when he confessed that they did not sell product of the company, about which their website boasted about, online. I asked for a complete refund for the money that I had paid. He said that I would get my refund plus some $ 150 incentive from which I would be able to shop online again from their website for any product that I wished to. The refund he promised would be sent to me within 5 business days, which was not. I received my refund after 12 business days and that too after reminding RoseWe seven times over the phone and dropping 3 emails on their customer care email id.About the incentive which I was promised, I am yet to receive any. I feel this is the problem and the main difference between a company like RoseWe and any other eCommerce giant that they arent as sharp and accurate while using their words as the other eCommerce giants are. This is their biggest limitation and I dont think I would be receiving my $150 dollar incentive. 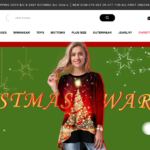