This is an archive of a consumer complaint published against Roundpoint Mortgage Company at DirtyScam.com-

The level of ineptitude of Roundpoint Mortgage Company is staggering.I have been calling in every two weeks as they continue to hit me with late fees even though Im paying nearly double the amount owed, and doing it on a bi-weekly basis.They apparently dont know how to process the extra payments.On top of that, they didnt pay my insurance company out of escrow.Yes, thats right. I went a full year without insurance.When confronted with this they simply acknowledged it and offered me a refund of the escrow.Just imagine what couldve happened had their been an catastrophic event.I couldve lost my home because of their ineptitude.To be clear, I did not choose them. They bought my loan.I have no choice except to continue using them which is the most frustrating part of it all. 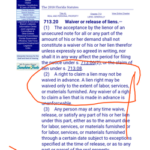